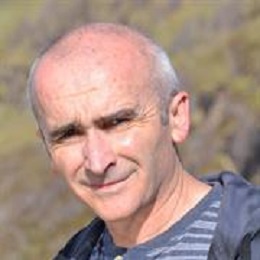 Professor Cunningham is Professor of Knowledge and Data Engineering in the School of Computer Science at University College Dublin. His current research focus is on the analysis of graph and network data and on the use of machine learning techniques in processing high-dimension data.He has a B.E. and M.Eng.Sci. from NUI Galway and a Ph.D. from Dublin University which he received in 1989. He was elected to Fellowship in TCD in 1998. He became a Fellow of ECCAI (European Coordinating Committee on Artificial Intelligence) in 2004. After completing his PhD he worked with Digital Equipment Corporation as a Software Engineer and with Hitachi Europe Ltd. as a Research Scientist. He joined Trinity College Dublin as a lecturer in 1992. After promotion to Senior Lecturer then Associate Professor at TCD he moved to University College Dublin in 2006 to take up a full Professorship in the School of Computer Science and Informatics. He is a former director of New World Commerce, now New WorldIQ, a Dublin e-commerce IT company that employed over 40 people. He is a former director of Prediction Dynamics a Dublin company specialising in software for financial trading which employed 14 people. Professor Cunningham has published over 170 peer-reviewed papers in the general area of applied AI, focusing on machine learning and knowledge based systems for decision support in engineering, e-commerce, finance and medicine. Over the last 10 years he has brought in over ‘2.5M in research grants, from industry, from EU funding sources and from national funding sources. He was Programme Chair for PAIS 2004, Prestigious Applications of Intelligent Systems (ECAI applications track). He is a member of the Editorial Board of Artificial Intelligence Review. He was co-chair for the European Workshop on Case-Based Reasoning in 1998 having served on the Programme Committee for that workshop in recent years. He chaired the Irish AI and Cognitive Science conference in 2003, having co-chaired that conference in 1994. Between 2002 and 2004 he served as Irish Director of ERCIM (www.ercim.org), the European consortium of national ICT research institutions.

This website uses cookies to improve your experience while you navigate through the website. Out of these, the cookies that are categorized as necessary are stored on your browser as they are essential for the working of basic functionalities of the website. We also use third-party cookies that help us analyze and understand how you use this website. These cookies will be stored in your browser only with your consent. You also have the option to opt-out of these cookies. But opting out of some of these cookies may affect your browsing experience.
Necessary Always Enabled
Necessary cookies are absolutely essential for the website to function properly. These cookies ensure basic functionalities and security features of the website, anonymously.
Functional
Functional cookies help to perform certain functionalities like sharing the content of the website on social media platforms, collect feedbacks, and other third-party features.
Performance
Performance cookies are used to understand and analyze the key performance indexes of the website which helps in delivering a better user experience for the visitors.
Analytics
Analytical cookies are used to understand how visitors interact with the website. These cookies help provide information on metrics the number of visitors, bounce rate, traffic source, etc.
Advertisement
Advertisement cookies are used to provide visitors with relevant ads and marketing campaigns. These cookies track visitors across websites and collect information to provide customized ads.
Others
Other uncategorized cookies are those that are being analyzed and have not been classified into a category as yet.
SAVE & ACCEPT