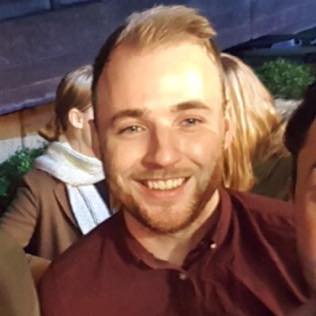 Páraic Kerrigan is an Assistant Professor, author and researcher with the School of Information and Communication Studies at University College Dublin. His research pertains to the dynamics of diversity in the media industry and its production cultures, specifically centred around Ireland’s LGBT community along with a focus on digital media cultures and platform governance. He has just released his first book, LGBTQ Visibility, Media and Sexuality in Ireland (Routledge 2021) and his co-authored second book Media Graduates at Work (Palgrave 2021). His current work focuses on the ways in which critical data studies intersects with gender and sexual minorities, in particular through small data such as the birth certificate and big data on social media. He is currently working on a monograph relating to the inequalities and vulnerabilities that have developed for gender and sexual minorities through new and emerging media. He has written over twelve articles and book chapters on the intersections of identity with media. He has also been a researcher on several television documentaries and radio shows relating to LGBTQ culture.

This website uses cookies to improve your experience while you navigate through the website. Out of these, the cookies that are categorized as necessary are stored on your browser as they are essential for the working of basic functionalities of the website. We also use third-party cookies that help us analyze and understand how you use this website. These cookies will be stored in your browser only with your consent. You also have the option to opt-out of these cookies. But opting out of some of these cookies may affect your browsing experience.
Necessary Always Enabled
Necessary cookies are absolutely essential for the website to function properly. These cookies ensure basic functionalities and security features of the website, anonymously.
Functional
Functional cookies help to perform certain functionalities like sharing the content of the website on social media platforms, collect feedbacks, and other third-party features.
Performance
Performance cookies are used to understand and analyze the key performance indexes of the website which helps in delivering a better user experience for the visitors.
Analytics
Analytical cookies are used to understand how visitors interact with the website. These cookies help provide information on metrics the number of visitors, bounce rate, traffic source, etc.
Advertisement
Advertisement cookies are used to provide visitors with relevant ads and marketing campaigns. These cookies track visitors across websites and collect information to provide customized ads.
Others
Other uncategorized cookies are those that are being analyzed and have not been classified into a category as yet.
SAVE & ACCEPT
Skip to content